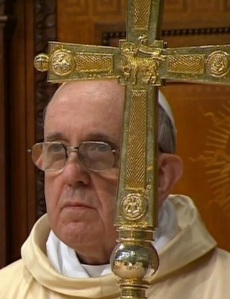 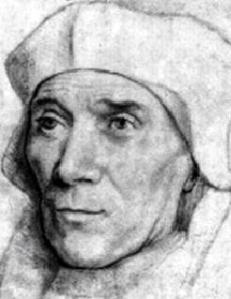 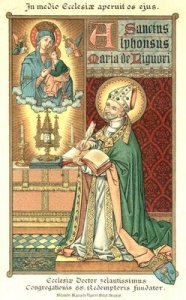 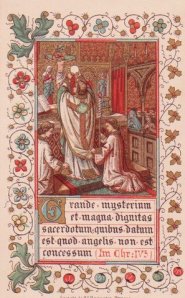 I have been blessed with six children. Children I had by six C-sections. My C-sections were never because of convenience or fear of labor pains. Quite the contrary. I have always wanted to give birth naturally, but my firstborn went into fetal distress after 13 hours of labor. Meconium[1] and blood made his birth a medical emergency and the C-section inevitable to save his life. Thank God I gave birth in a time when the C-section is an option. Some decades before, and me and my boy would both be dead. Even though he had a very low initial APGAR[2], my firstborn recovered well and is a bright, family loving, good son.

Unfortunately, in Brazil, the practice of VBACs[3] is still very much discouraged. Down here, the saying goes “once a C-section, always a C-section”. And so, by no fault of my own, I had 6 C-sections. Even though I did not go through the pains of labor, I offered to God the post-surgery sufferings, which can be quite long and painful.

I‘ve had good and responsible doctors. Doctors who assured me I could go on having children despite the number of C-sections. I even know mothers who have more than a dozen children via C-section. Anyway, I was blessed 6 times. Seven, if I count a pregnancy that did not went ahead.

Every day, I face the curiosity, the disrespect, the jokes, the whispers and the comments by many people who think that, just because I have six children, they have the right to give their opinion on what is so sacred to me. I have way too many anecdotes. I have been stopped on the street walk and asked if “I did not care about the environment”. I have been laughed at dozens of times when asked if I did not have a TV at home (BTW, no! We do not, Thank God!), if I knew what caused pregnancies, if I did not have a hobby. And all that spoken inconveniently, without modesty, in front of my small children! I have been called ignorant, irresponsible. I’ve had to give financial explanations to strangers. Our family is frequently looked with disdain. Once, a doctor discretely suggested that I abort my 3rd child because it was somehow “dangerous”. My husband is always asked if his six children are from “the same wife”! Once, when we were outside under a pouring rain and in need of a cab, many taxi drivers went past us making signs with their hands meaning we were too many people. Too many people…. Can heaven be too crowded?

Anyway, we have always endured the criticism with a few compliments here and there. The compliments that exalt my so-called courage were never our support for the sacrifice of having many children. People’s opinions, either good or bad, are irrelevant. Our focus, my husband’s and mine, was always Our Lord. It was always to do God’s will. And to do God’s will in what is the very purpose of matrimony: the procreation of children. Despite the antichristian society. Despite the cost. Despite the world! And now, I am afraid to say, despite the Pope!

In all these years, and there goes 17 years of marriage, I have never heard the pearl the Bishop of Rome gave to the mothers of large families: rabbits! His Holiness was, and I say this with an aching heart, vulgar! Yes, vulgar! I would never dare to compare a catholic lady, wife and mother to an irrational animal. And a rabbit too! How would you think fathers would feel if compared to asses for working too much? Or poor people being called rats for not being dressed up? Or if people in a coma were called sloths? Shall I go on? The comparison is vulgar and denigrates the target of the criticism. It is disrespectful. It is, pure and simple, a lack of charity!

In addition, the Pope, he who should confirm our Faith, he who should support us, defend us, just threw mothers and fathers of large families to the lions! My husband just tells me that tomorrow at work he will be questioned about the Pope’s words. Evidently, the neocons, the type of Catholic who appears so clever, so obedient, so faithful, even though so coward and so full of human respect, they will defend the His Holiness’ words with some mental gymnastics saying the media distorted his words, that they put out of context what he said, that he said “rabbits” in the best possible way. They might even say that yes, those mothers of many children are indeed irresponsible. And they will feel so clever, so obedient, so faithful!

Notwithstanding, me, my husband and my six children will not defend him. We will defend what the Church has always taught. I will never perform intellectual pirouettes to publicly excuse Peter whenever he assaults what has been always true and holy! I rather look up to heaven than to bury my head in the sand.

In one of his comments, he even gave the dubious number experts defend is the ideal number per Family: 3. He also said the Church gives “many licit ways to limit procreation”. He used the example of a mother who is pregnant with her 8th child, having had 7 previous C-sections before that. She would be irresponsible. “Does she want to leave 7 orphans”? , asked the Pope. What does he suggest now that the child is already in the belly? Am I the only one who sees the very dangerous implications of the Bishop of Rome’s words? His Holiness does not know what he has done. He threw us to the lions of UN, of the NOW, of the Masons. Those lions, you know?!, that walk around us looking for someone to devour….

But I have something to say to the many mothers of large families (many friends of mine, from our Chapel, in which blessed pews the many families of 3,4,5,6,7,10 children barely fit!), to the mothers who are discriminated for having had multiple C-sections, to the mothers who keep on having children despite the opinions of family members, of society and, unfortunately, of liberal sectors of the Church: “Let us run to embrace the cross! So many Christian women were given to the lions to be martyred. Let us not run from the cross! Ahead! Let us fill this Earth with holy priests and Christian parents andfill heavenwith many saints”. Heaven is the prize, said Saint Therese.

And let us pray for the Pope. He knows not what he’s done.

[1]Meconium is the earliest stool of a mammalian infant.Meconium is normally retained in the infant’s bowel until after birth, but sometimes it is expelled into the amniotic fluid (also called “amniotic liquor”) prior to birth or during labor and delivery. The stained amniotic fluid (called “meconium liquor” or “meconium stained liquor”) is recognised by medical staff as a sign of fetal distress, and puts the neonate at risk of meconium aspiration. Medical staff may aspirate the meconium from the nose and mouth of a newborn immediately after delivery in the event the baby shows signs of respiratory distress to decrease the risk of meconium aspiration syndrome.

[2]The Apgar score, the very first test given to a newborn, occurs in the delivery or birthing room right after the baby’s birth. The test was designed to quickly evaluate a newborn’s physical condition and to see if there’s an immediate need for extra medical or emergency care.

16 comentários sobre “About those “catholic-rabbits” criticized by the Pope.”